The top ten exporters of the world, according to the survey in 2013 are listed below: 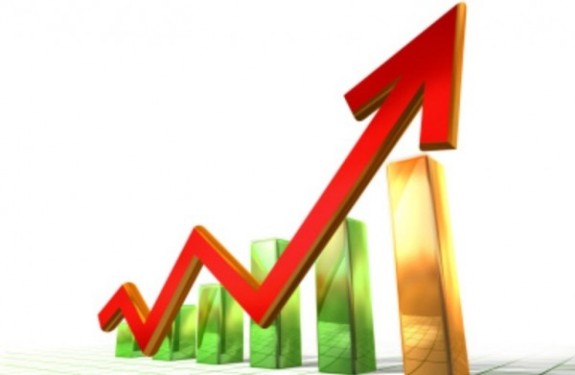 Italy has always been capital in manufacturing items from vehicle to household items. It is a large country with a minor unemployment rate, which makes it one of the countries with the largest economy of the world. Exports account for a total of 29% of the country’s economy. The most prominent export is the machinery, which includes vehicles and other iron and steel items as well. Other important exports are the precious stones, pharmaceutical items, mineral fuels and other household items. This makes Italy the top ten exporter of the world.

In 2013, Russia’s export increases by 74% as compared to 2009, which resulted in the export being 20% of total economy. The most prominent of these is the mineral fuel, which amounts to 60% of total exports, and the rest consists of fertilizers, copper, machinery and electrical equipment. The total export was worth $525 million dollars, in 2013. Russia is now on number nine of the top exporters of the world.

On number eight we have the beautiful country of South Korea. It has always been a solid exporter of the world but last year there was an increase of 22% in its exporting activity, making export 32% of total economy. Korea is famous for its production of heavy weight machinery and this makes most of its imports, besides vehicles, ships, iron and steel products etc. Other than that we have medical apparatus and organic chemicals.

Netherlands is one of the richest countries of the world. With a 33% increase in total exports within a tenure of four years, Netherlands managed to reach a record of US$664 billion in the year 3013, making it the seventh top exporting country of the world. Most of the products are exported to Germany, UK and France. The exportable goods range from vehicles, machinery, oil to fertilizers, chemicals and medicines. Some edible products like meat, nuts, honey etc are also included in the list.

The French Republic has always been a great exporter of the world. Though the last two years have not shown any increase in its number of exportable goods, we still have France at number six of our list. France’s total exports form roughly 25% percent of total economical output, which is remarkable considering the fact that France’s economy is largely composed of tourism and its fashion industry. The most prominent item is aircrafts and spare parts related to it. These costly items boost the total income by exports. Other than aircrafts we have all other vehicles except trains and street cars, being exported over the world by France. French perfumes, vinegar, beverages and spirits are also exported around the world.

Nobody can ignore the position of Japan in the top exporters list. Though the last two years have shown slight decrease in the total percentage of exports, we still have Japan at number five of our list. Japan has a high-density population, which shows why they are more interested in building automobiles. Also being an island-based country, they are focused on construction of ships, boats and ferries. Due to its high population, their industry is highly flourishing and huge amount of these items are exported around their world. Japanese items like medical apparatus and other optical equipment are in high demand due to their technological advancements.

The Great Britain has always been a great economy of the world and the last few years have shown an increase of 54% in total exports. China and US are the major importers of British products. Topping the list of the most exported items we have precious gems and coins. there has been notable increase in its demands in the past few years. Other than that we have alcoholic beverages, clothing, antiques, wood pulp and some mechanical items. Total income of UK via its exports was US$541 billions. Books, newspapers and cosmetics items are also shipped from UK.

In 2013, Germany’s income by exports was equal to $1.5 trillion, which is a huge improvement from the last survey in 2009. Therefore it was discovered to be a 45% of total economy of Germany. Like other countries, Germany’s export is also mainly based upon machinery, vehicles and medical items. Germany also has a great contribution towards construction of world’s aircraft and spacecraft. Other exportable items include mineral fuels, oil and chemicals. Mineral fuel has always been a major export. Germany has laid special emphasis on professional training in their manufacturing industry, making it the top third exporter of the world.

On number two we have the super power USA. Its importance in the world can be determined by its exports all over the world. The second richest country exported products worth of $1.5 trillion in the year 2013, which showed an increase by 49% since 2009. Most of the goods are exported to the neighboring countries of Canada and Mexico, but China is also a prominent importer of American goods. In the list we have organic chemicals, aircrafts, spacecraft, oil, medical equipment and alcoholic beverages. Countries like Turkey and Thailand also import food wastes and animal fodder. With its growing economy, America is striving its best to being the number one exporter of the world.

Besides being the richest country China has always been the top exporter of the world. With the largest population and the strongest industry of the world, China leads the world monopoly by being the top most exporters. China’s products are exported throughout the world and are famous for its cheap prices and manufacturing. In the year 2013 alone, China exported products worth of $ 2.21 trillion, with an increase by 84%. On top of the list we have art items but other than that we have electrical items, clothing, toys, video games, meats and furniture. Most sold items are basically collector goods and major importers are USA and Japan.