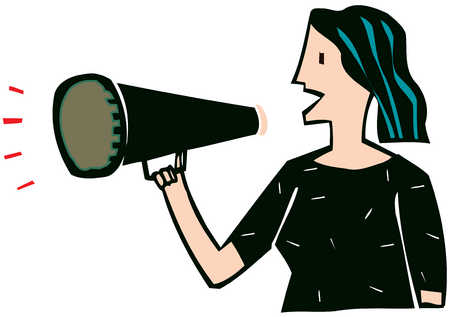 Gossiping – It doesn’t matter where she has been or what she went to do, something somewhere would have occurred for a woman to reach for the phone as soon as she gets home and then it starts. “Did you know”? “Guess what I saw” or “You won’t believe”, anyway it is sure to be something that even if is of relevance; it could have waited till they met the person on the phone.

Nagging – This is probably the one that men dislike the most. Why is it that women seem to be so good at this habit, do they take extra lessons in school? Anyway, this is one of the things that men probably fear the most but must get used to as a part of life.

Crying – Yes OK, men cry too but women seem to be able to turn on the waterworks at the drop of a hat. Sometimes and somehow women seem to break out in an over emotional exhibition over the most trivial of things.

Shortage of Clothes – Why is it that woman will always seem to have a clothing shortage? They can look into a wardrobe bursting at the seams and in just an instants examination declare that they have nothing to wear?

Compliments – Why is it that women always seem to be in need of compliments. They are permanently attentive for a complimentary word, whether it is for their hair, their shoes, their figure, their size or their clothing; they seem as if they can’t get through one day without a compliment on something.

Say it is OK when it is not – Often if a man tries to give an apology for something or asks permission for something, the girlfriend or wife will say “that’s OK” even if it clearly isn’t. The man asks the permission of his partner to do something receives an OK and then later gets a week of nagging for having done it.

7. Using the Comfort room in pairs

Using the Comfort room in pairs – Why is it that women always seem to have to go to the restroom in at least pairs. It is rare to see a woman go to the restroom on her own; where ever possible they will go in twos or more. Are there muggers behind the doors of these women’s restrooms or what?

Buying too much – This usually applies to clothing. They will look to buy perhaps a pair of shoes to go with a dress they want to wear. Having bought the shoes for the dress they had, they decide a new dress would look even better with the new shoes. This will often lead to a new handbag too.

10. Refusing to give an opinion

Refusing to give an opinion – If asked an opinion by a man, the women often refuses to comment. Is this really because they don’t want to lose the possibility of a good nagging later?