Wheat along with maize and rice, are the top most important cereals to man on the planet. Wheat is grown, in varying amounts, all around the world but the top 5 wheat producing countries are responsible for growing more than 50% of the entire worldai??i??s crop. Although successfully feeding the planet is always a difficult task, perhaps the countries on this list are doing their part to relieve the problem. This is a list of the top 10 wheat producing countries with the amounts, in thousands of metric tons, they produced in 2012. 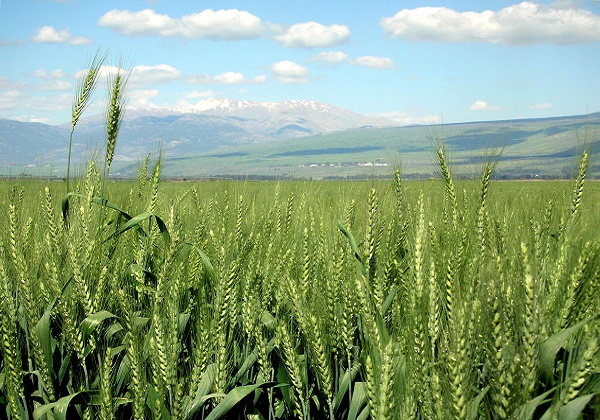 The consumption of wheat is high in Turkey but they grow more than they need. By growing not only in the central and eastern regions, the country can grow various varieties by also growing wheat in the different climates found in the north of the country.

Wheat production in this country takes place in the central and southern regions where red wheat is grown. This wheat is especially good for making bread and that is probably what got the country its name as being the bread basket of Europe.

Canada is a major provider of wheat around the world and grows two types, whilst one type is particularly good to eat; the other is mainly used as feed for livestock.

Wheat is grown throughout the whole of this country and is of a type that is good for making bread. An assortment of techniques and fertilizers are used in various regions, all trying to come upon the best harvests.

Australian wheat is known for being particularly good and as 80% of the crop is exported for eating, the country plays a major role in helping to feed the planet.

Although France grows a lot of wheat, as it is the sixth largest consumer of wheat in the world, it can only manage to export 50% of its crop.

Although Russia may be the 4th biggest producer of wheat, it is also the 3rd biggest consumer. In this huge country, wheat is mainly grown around Moscow in the west of the country but is also grown in the regions just north of the Black Sea.

Although the United States is the third largest producer of wheat, it is only the forth largest consumer. A variety of types of wheat are grown in different states from Mississippi in the south to Montana and the Dakotas in the north.

India is both the second largest producer and consumer of wheat in the world. Mainly grown in the northern regions, apart from using the wheat to eat or as feed livestock, the straw is also used to build houses.

Although growing so much wheat, its own consumption means that it is only the 20th largest exporter. Two types of wheat are grown in China, a winter wheat in the central regions and spring wheat in the northern regions.