Strength can be measured in a lot of ways. For males, it is done through weight lifting and going through a huge amount of strain. There’s an annual competition held to determine who the most powerful man in the world for the year is. The World’s Strongest Man Competition is held annually, the latest one took place in Sanya, China. The contestants have to compete in qualifying heats in order to determine which of them will enter the final rounds. Each heat is a test of grueling power, resistance, and strength in order to determine the top 10 Strongest Men in the World. For 2013, these are the winners:

Although he didn’t finish well, Koklyaev of Russia deserves to be ranked No. 10 in the recent World’s Strongest Men Competition. He was injured halfway through the contest and acquired only two points.
9

Oberst is a qualifier from the USA who finished with 14 points. He is a new entry this year and he did fairly well for a first timer. He finished 2nd place in Heat 1, thus allowing him to secure this No. 9 position.
8

Arsjo is from Sweden and he was able to finish this year’s competition with 16 points. His performance this year went down two notches though, as he was in 6th place in 2012. However, he still is the grand champion of the Giants Live 2013 Norway.
7

Terry Hollands is one of the strongest contenders in this year’s World’s Strongest Man contest. However, he finished off only 7th place with 31.5 points. Hollands is from the United Kingdom and he had joined competitions like these since 2005.
6

Lalas is a contender from Lithuania. Although he is relatively new to this kind of competition, he finished off 6th with 34 big points. Lalas started joining only in 2011.
5 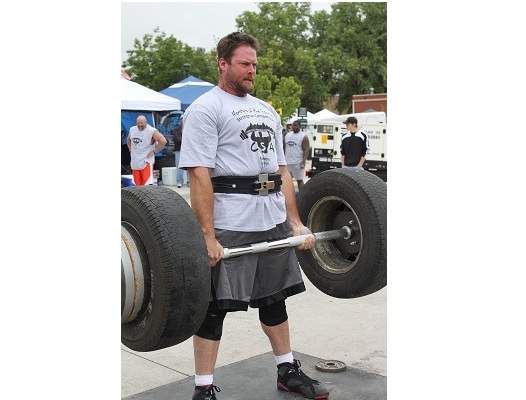 Burke hails from the USA and had finished off his game with 38.5 points. He hasn’t had any ranking before this one, although he was a strong contender in other contests such as the Giants Live, Olympia Strongman Challenge, and America’s Strongest Man, among others.
4

Also from the USA, Jenkins did better than six other contestants this year as he finished 4th place with 41 points. Jenkins took his performance a notch up, as climbed from 8th in 2011 to 5th in 2012.
3

Bjornsson is from Iceland and he was able to secure the 3rd position only by a nose. He finished a mere one point ahead of Jenkins at 42 points. His first place finish in Heat 1 did it for him.
2

Savickas hails from Lithuania and was the 2nd strongest man in the world. He is a veteran in this type of competition. He first finished 2nd place in 2002 but is yet to take home the title. This year, his 48 points failed to put him on top.
1

Shaw is this year’s winner of the World’s Strongest Man competition held in China. He sauntered off with 51 points, enough for him to bring home the crown to America. Shaw was the champion in 2011 but finished off only 4th last year. 2013 proves to be another good year for him.