Football: a sport that requires fast footwork, agility, and the use of your hands is not allowed (unless you’re a goalie). Depending on where you live, football has a variety of ways it can be played (‘football’ in America is a much different sport in Europe). A game is won after one of two teams is able to out-score the other, based on the number of times the ball reaches the goal. Future World Cup hosting countries include Russia in 2018 and Qatar in 2022.Currently there are 32 teams getting ready to compete in the 20th FIFA World Cup series in Brazil. This Top 10 is dedicated to the greatest players of the world’s greatest sport. GOAL!

Along with Scotland, England is one of the oldest national teams competing in the World Cup. The team’s first international match took place in 1872. While England is part of the United Kingdom, it is still allowed to be recognized as its own individual team.

England has won the World Cup trophy once, back in 1966. While the team has been known to wear an all-white kit every now and then, its official uniform consists of navy blue shorts, white or black socks, and white shirts. The team’s current captain is 34-year-old Steven Gerrard from Liverpool. He is also captain of the Premiere League Club as well. With its current ranking of 10th place, England has plenty of time to weasel its way up to a second World Cup victory by the end of the series.
9

Italy is a country known for its delicious food, some famous artists, and most notably its national football team! It is considered the second best national team in the world, based on its four World Cup championship wins, with Brazil being ranked number one with five championships.

The team’s captain is 36-year-old Gianluigi Buffon from Juventus. He is recognized as one of the greatest goalies of all time. With his shot-stopping skills, and teamwork from his fellow players, Buffon could easily block other teams from knocking Italy out of the running so they could tie Brazil with their fifth World Cup win.

Colombia’s usual rivals, Ecuador and Venezuela, are not even included in the current Top 10 best football teams in the world ranking. This could easily help them advance towards a championship at this year’s World Cup event in Brazil. There has been quite a stir over the team’s home colors displayed on their uniforms when Adidas released their designs which did not include the traditional yellow that the team had been sporting since 1985.

This year’s captain is 38-year-old defender Mario Yepes from Atalanta. Will he be able to defend the trophy from other national teams to allow Colombia a chance to win this year’s World Cup?

The Uruguayan national football team has won the most championships in South America for the Copa America, with their most recent win being back in 2011. They are also winners of the Gold Medal for football in the 1924 and 1928 Summer Olympics.

33-year-old Diego Lugano is the team’s current captain and central defender. He is a former player from the West Bromich Albion football team in England. Will 2014 bring Uruguay their third time’s a charm World Cup victory?

What is unique about the national football team of Switzerland is that it actually consists of two teams: a men’s team and a woman’s team! 2008 marked the men’s team third World Cup appearance. Despite Switzerland being seen as a neutral country as far as politics are concerned, they have a history of being neutral in their football games as well. They’ve had many games that have ended in draws. Will this be their lucky year to make it to that Work Cup championship?

Argentina’s national football team is known as Albicelestes, which means ‘sky blue and whites’. They are another team that is hoping for a lucky number three by means of a World Cup championship. Lionel Messi of Argentina is the team’s current captain.

Along with the World Cup, Argentina has also won two other FIFA titles: the Confederations Cup and the Olympic tournament. The only other national team to match Argentina with these title wins is France. If Argentina can move up four more spots with the current rankings, 2014 will mark their third World Cup victory. 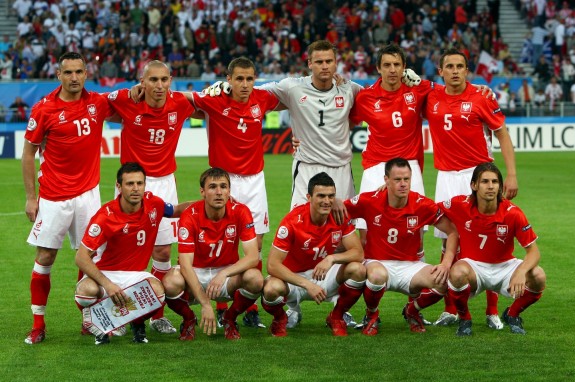 Real Madrid’s own Cristiano Ronaldo is the current captain of Portugal’s national football team. They have produced some of the most talented players in the world, including Paulo Futre and Rui Costa. However, they’ve never won the coveted World Cup trophy! Will 2014 be Portugal’s lucky year?

Brazil has been competing in the FIFA World Cup Championship since 1923. They are the most successful FIFA team with five World Cup wins. They’ve conquered the coveted title in 1958, 1962, 1970, 1994, and 2002. Because they are the hosts of this year’s competition, Brazil is lucky enough to automatically be qualified for the 2014 tournament.

Captain Thiago Silva, a 29-year-old from Paris Saint-Germain, is a defender for the Brazilian team. Will Silva help Brazil defend their title and continue to be the team with the most World Cup trophies?
2

The German national football league has been competing in the FIFA World Cup series since 1908. They are one of the most successful teams with three wins, in 1954, 1974, and 1990. Like Switzerland, Germany is one of a few nations with a men’s team and a women’s team, and they are the only country in which both have won a World Cup championship.

If current captain and defender Philipp Lahm of Bayern Munich leads the team to the end of the finals, it will be the men’s fourth FIFA trophy win.
1

Spain has won not only the World Cup series (most recently in 2012), but they’ve won the 2012 European competition as well. Their achievements have been so great they are often referred to as the greatest national football team in the world! They’ve won the World Cup three times in a row, along with the continental cup. Spain’s football team is the only one to have achieved this goal.

Captain and goal keeper IkerCasillas, a 33-year-old player from Real Madrid, is going to be under a lot of pressure during this year’s finals as he blocks other teams from earning that World Cup trophy. Will Casillas and his teammates welcome their second World Cup victory in 2014?