History books are full of stories of corrupt leadership but are things really any better today? Here is a list of probably the 10 most corrupt leaders in our modern times. 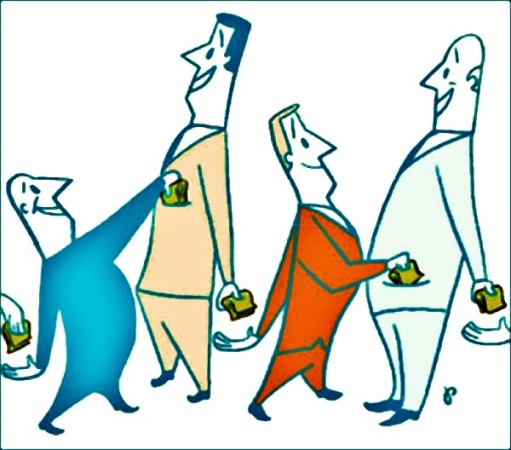 1. Mohamed Suharto, Indonesia (1921 – 2008) – The second President of Indonesia, held office for 31 years from 1967-1998 when he resigned after huge protests to his rule. During his time in office it is thought that he and his family amassed funds of somewhere between US$15 billion and $35 billion.

2. Ferdinand Marcos, Philippines (1917-1989) – As the tenth President of the Philippines, Marcos was in office from 1965 – 1986 and although many think that achieved a lot politically and diplomatically in that time, one of his achievements is now known to have been illegally depositing between US$5 billion and $10 billion in the US and Switzerland for him and his wife.

3. Mobuto Sese Seko, Democratic Republic of Congo (1930 – 1997) – He was the second President of this country and for much of his time in office from 1965 – 1997, the country was known as Zaire. Prior to his other throw and exile in Togo and Morocco, he had managed to acquire US$5 billion through corruption, making him the most corrupt leader in Africa.

4. Sani Abacha, Nigeria (1943 – 1998) – The tenth President of Nigeria was in office from 1993 – 1998 during which time he was responsible for several human rights abuses. According to Swiss authorities, his family was a criminal organization that managed to acquire between US$3 billion and $5 billion.

6. Jean-Claude Duvalier, Haiti (born 1951) – the thirty third President of Haiti was in office from 1071 to 1986, during which time he enjoyed excellent relations with the United States because of his rejection of communism, however whilst in power he and his friends made millions of dollars from the suffering of Haitians and the drug trade. Still awaiting trial in Haiti, he is said to have elicited funds to the value of somewhere between US$300 million and $600 million.

7. Alberto Fujimori, Peru (born 1938) – In office from 1990 to 2000, he was the 90th President of Peru. Initially fleeing in exile to Japan, he was later arrested in Chile and deported back to Peru where he is currently serving time for his crimes, among which was the illegal gain of some US$600 million.

9. Arnoldo Aleman, Nicaragua (born 1946) – This, the 81st President of Nicaragua, serving from 1997 to 2002, is currently serving 20 years imprisonment for illegally acquiring US$100 million whilst in office.

10. Joseph Estrada, Philippines (born 1937) – originally a film star, Estrada was the 13th President of the Philippines, serving from 1998 – 2001. Although accused of looting between US$78 million and $80 million, he was given an unconditional pardon in 2007 by President Arroyo and so ran again, unsuccessfully, in the 2010 elections.