Since years, suits have been the ultimate choice of attire for gentlemen on various instances; be it your graduation day, a business meeting, formal dine-out or a special occasion such as, wedding day. However, the type of suits that men would want to wear varies based on the occasion. More the expensive suit, more the confidence is felt by men wearing it. Today, we’ll be sharing a list of Top 10 most expensive suits ever tailored by some of the world’s most famous designers and tailoring experts.
10 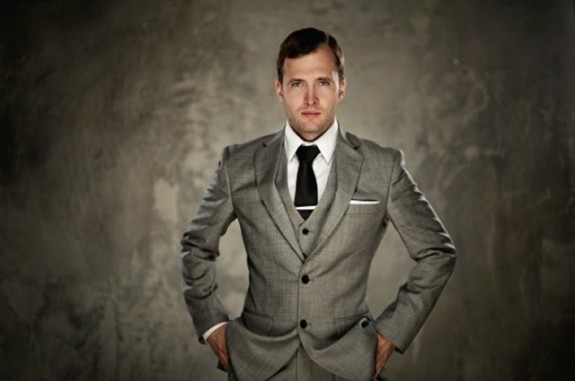 If you’re looking to triumph a business meeting, make an impression in a party, or just spread shear class in any social gathering, a custom suit by Brooks Brothers tailoring is right choice for you. Brooks Brothers is a name to reckon with when it comes to designing and making of expensive suits. With their recent launch of custom tailoring line up, there is a whole lot of choice to choose from suits made from extremely fine fabrics obtained from a Mongolian cashmere and merino wool.
9

William Fioravanti has been in this business for more than 35 years and is considered to be the expert in bespoke tailoring of men’s suits. He knows quite a lot when it comes to fashion and is one of the few people men look-up to for fashion advice. He is known for his ready-to-wear expensive collections that are well crafted for his customers. According to sources, William Fioravanti has a unique style of stitching; he takes the measurements and stitches the given typical suit using up to 200 different fabrics.
8

Italian designers and fashion house names are known for precision tailoring of men’s suits using the best in class fabric. Ermenegildo Zegna is one of those fashion houses that have a history of more than 100 years designing and tailoring exclusive bespoke men’s suits. They recently launched their next-gen line up of suiting with the top of line suit costing almost around $22,000.
7

Ok so here’s an interesting entry to our list of world’s most expensive suits for men. First, we’d like to explain what World Wood Record Challenge is. It’s a competition hosted and sponsored by renowned cashmere manufacturers Loro Piana that is currently owned by two brothers Luigi and Sergio. Each year they call out aspiring designers to design and tailor best of their suits for men and through a voting select the best designer to work for them make suits to be sold under their brand. Last year an Australian designer Susanne Triplett won the competition and her best suit was sold for $28,000.
6

Another entry to our list of top 10 most expensive suits for men is Desmond Merrion, one of the best tailors in London has his own way of designing and tailoring bespoke suits that claimed entirely handmade. That is correct, there is a serious claim on each suit tailored by Desmond Merrion that no machine ever touches them. Probably that’s a reason for them being priced so high. Besides, there is another reason to make handmade suits – Desmond Merrion wants every man wearing his suit to feel the truest form of customized tailoring.
5

The name has it all. Kiton is today’s top Italian designer brand in business since 1968. They usually take around 20,000 suit orders per year and have employed around 330 tailors. Now these facts might not be much impressive for someone who has a good taste for designer suits but it would inspire many to know that at Kiton, each suit takes up to 25 hours to get stitched with 45 tailors working on it. This suit is designed and made by Enzo D’Orsi. He does every part from taking measurements to actually crafting the suit. The suit is made of material obtained from merino sheep. K-5 costs a whopping $50,000.
4

Pioneer of bespoke tailoring, British designer & customized tailoring expert William Westmancott recently displayed his $75,000 on the shelf. It took around 200 hours for experts at William Westmancott to tailor and design on of the world’s most expensive suit for men. Surprisingly, this suit was not designed on any one’s request or following a fashion trend, but had a purpose. That purpose was none other than aiming at high-profile Russian and Middle Eastern men to like it, wear it and look good. So far, it has been a successful initiative as William Westmancott has received several orders for this particular suit even with the high-end price.
3

Who would have imagined that the family business established in 1842 by Jules Dormeuil would one day roll out one of the world’s most expensive suit in the market. The Vanquish II is the brainchild of Dormeuil, the best mix of British and French luxury design tailored suits. It has also been said that for years, they have been offering their services to kings, presidents and well-known celebrities for custom designing and tailoring some of the world’s rare fabrics. The suit consists of up to six exquisite fabrics such as the royal Qivuik, Ambassador, Fifteen Point Eight, Dorsilk, and Kirgzy White.
2

Redefining high-end luxury tailoring, Alexander Amosu is also one of the top contenders for rolling out some of the most expensive suits for men. Mr. Amosu recently designed and tailored a suit that costs around $100k. It was sold to an unnamed customer and it was also reported that it was delivered in a secure armored van – yes, its’ just a suit. Now that’s what it takes to be at this position. According to sources, the $100k suit has 9 buttons each being 18 carrots gold in weight while the fabric is made of a special material obtained from the whole of two unfamiliar animals – the qiviuk and the vicuna.
1

Most men have less to do with Diamonds, but there’s no harm to venerate somebody who confidently makes a statement: “this is a $900,000 suit”. The suit designed by Stuart Hughes while teaming up with Richard Jewels is the most expensive suit for men on the market. What’s so special about it? It took more than 800 hours to design and stitch it! The trouser and jacket is stitched of wool, cashmere, silk, and not to forget diamonds worth 240 carrots. But that’s not exactly why it’s the most expensive suit on our list. Fact of the matter is it has more than 480 cuts of diamonds crystallized on the exterior.

2 Replies to “Top 10 Most Expensive Suits for Men”