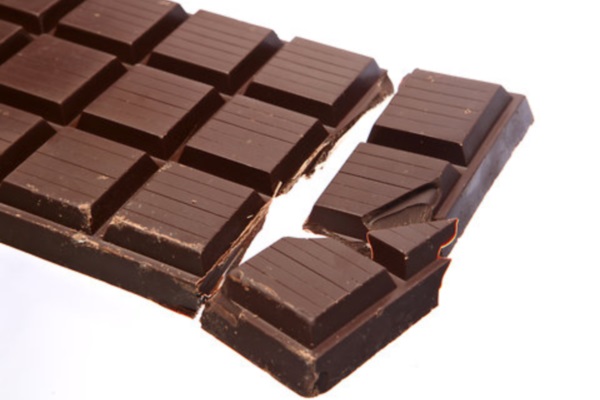 Might be a big shock for all those who till this time have been assuming that sugar free chocolate is actually sugar-free. It has been reported that an instance, nutrition experts stated that sugar-free chocolate gives you a great sugar rush than a regular chocolate bar or candy. If you still don’t believe it, run a research on it 🙂

9. Chocolate is responsible for the birth of Microwave

Known scientist woking during World War 2 on a particular weapons and radars project, accidentally discovered one day that a bar of chocolate in his pocket went mush during a hot sunny day. This prompted him to an idea that magnetrons might be used to heat food and give it a more fresh feel.

8. Chocolate confections actually don’t have chocolate in them

That might sound a bit weird but according to a report by Hershy, there is no particular standard or benchmark set which qualifies a chocolate bar as a dark chocolate bar. Hence, most of the chocolate confessions contain a very less percentage of chocolate in them.

7. How much do Americans contribute to world’s chocolate consumption? – Half of it!

It surely is a fact. Americans consume almost half of the world’s entire chocolate. If converted in weight, it sums up to over 3 billion pounds of consumption. But hey, need not to get shocked! Europe is just behind us consuming almost 40% of the world’s chocolate.

No, I”m not drunk or high on sugar, but it is a fact that chocolate can actually prevent tooth decay. Recent research proves that pure Cocoa chocolate can actually prevent tooth decay. Since it has a tendency to go deep into your gums and reach the empty spaces between your teeth, who knows, it might be selected as one of the ingredients for latest toothpastes.

Science says that chocolate can make a man (and even a woman) happy. There are abundant natural chemicals in chocolate that can actually effect our mood in a positive way. To be precise, there’s a natural chemical in chocolate named tryptophan which when consumed, sparks the feeling of love in a human body.

4. There was an actual Death by Chocolate.

Death by chocolate isn’t just a type of a chocolate or a name of any chocolate candy, but in Mexico, there was an actual death that took place while eating chocolate. However, chocolate itself wasn’t the cause of death, rather it had poison which killed the Spanish Bishop.

3. Coca beans used as a form of currency

Theobrime is another chemical much similar to caffeine, but has a relatively mild effect when consumed. It has been known and for long much around the human knowledge and is mostly used for treating body tissues and controlling blood pressure.

1. Shortage of chocolate in Africa.

This might be a bit alarming but is a fact. There is a serious shortage occurring for supply of coca beans to the world. Recently, there has been a disease spread in Latin America farms which is affecting the supply of rich cocoa beans to major world chocolate producers.