I think that we would all agree that laws are needed but surely only where they are needed. There are some laws in place that are ridiculous and are unimaginable as to how they ever came into being. Although there must be at least dozens of these laws around, here are 10 stupid and ridiculous laws no one should care about: 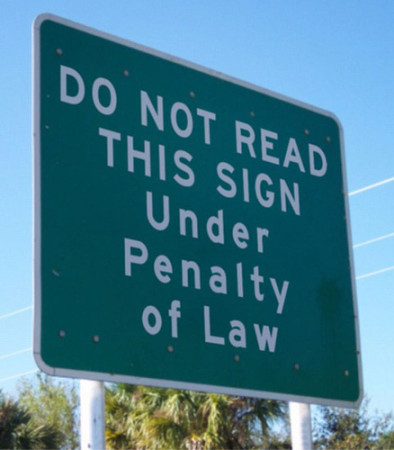 In Virginia it is illegal to tickle women, not men, only women. I do not know if this pleases feminists or upsets them but really can’t think why or when this, somewhat sexist, piece of legislator was introduced.

In Massachusetts it is illegal to have a Gorilla in the back seat of your car. I suppose this means that as long as it is wearing a seat belt it can travel in the front seat. I wonder what laws there are about letting a Gorilla drive your car.

In New York, jumping off a building is punishable by death. I can only assume that this is to ensure that any jumper’s suicide wish is fulfilled.

In France, no pig is allowed to have the name Napoleon. I don’t see the point of this law as I am sure no pig, French or otherwise would wish to be Emperor.

In Florida it is illegal to have sex with a Porcupine. Which is more unbelievable, that anyone would want to or that legislators actually spent time making this law.

In Nova Scotia you are prohibited from watering your grass whilst it is raining. I guess the people will have to wait till it stops raining to get their grass wet.

It is illegal to whistle underwater in Vermont. Apart from wondering who could actually do this, I wonder how or who would catch them. Perhaps lawmakers have more talents than we give them credit for.

In California it is illegal for a vehicle without a driver to exceed 60 mph. If a vehicle did break this law, I wonder who would be prosecuted, unless of course this law was written years before its time, setting the rules for the self driving vehicles of the future.