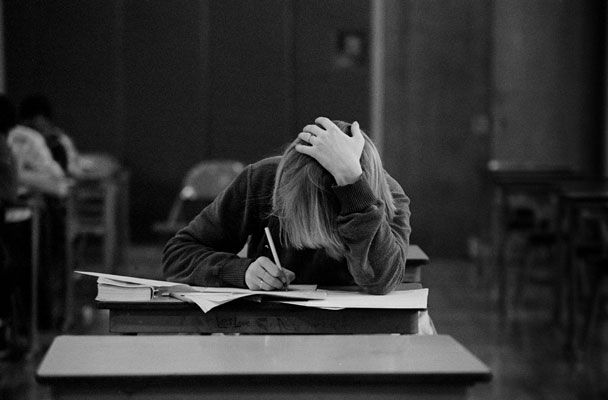 Mensa was the brainchild of an Australian barrister named Berrill and a British scientist named War, who in 1946 thought it would be a good idea to create a society that was based on Intelligent Quotient. Today, what was started by two men in an English College has now become a benchmark for stimulating, encouraging and identifying intelligence world wide.

Better known in China as Gaokao, this examination can be sat by between 7 and 9.5 million people at one time. This is the national examination which is a pre-requisite for entry into a university in China. The result of this exam will certainly determine the future of any teenager and causes so much stress that already several documentaries have been made about the problems this stress can cause.

This is the National Admission Test for Law. Originally used as the entrance exam to the Oxford University, it is now required by 9 other universities. Although this is a UK based exam, any foreign student wishing to study law at one of these universities, also has to pass the exam.

The Graduate Record Examination is a commonly used examination in many English speaking countries including the US, required to be taken by those who seek entry into graduate schools. The exam was first introduced in 1949 and today has 6 sections lasting 225 minutes with a 10 minute break at the mid point.

College Scholastic Ability Test is a South Korean test for entry into schools of higher education that many students may start studying for from elementary school. A high teenage suicide rate is linked to the disappointment in the results of this exam.

The Law School Examination Test is a requirement, not only in the United States but also Canada and Australia. First thought of in 1947, the first of these exams were sat in 1948 and was updated in 1991 to include five multiple choice sections, an aptitude test and a written exam that takes 30 minutes.

This is the Common Admission Test for the Indian Institute of Management (IIM) and can lead to diplomas and fellowships that are equivalent to an MBA or PhD. The exam consists of a 150 minute computer test.

This is the Indian Institutes of Technology Joint Entrance Examination and only one from every 50 applicants makes the grade. Often those that fail are accepted by Caltech, Harvard, Princeton or MIT, some on full scholarships.

This exam is taken every seven years by only the top 500 Oxford honor students or other students that have equal academic status. Only two pass each time and although there has not been an exam where none passed, often only one has been accepted into the fellowship.

This is the examination conducted under the auspices of the Union Public Service Commission of India and although 300,000 may take the test annually, only 1,000 are accepted into the Indian Administrative Service.