The past few decades have seen the development of a number of towering structures around the world. While there will most certainly be even more impressive buildings erected in the coming years, the ten in this list are the ones that rule the skylines at present. Here is a list of Top 10 tallest building in the world

Located in the Shenzhen district of China, the Kingkey 100 stands at a height of 1,449 feet. The name of the building stems from the fact that it has 100 floors, 22 of which are taken up by office space. The building also houses a mall in the lower sections. The rest of the building space is taken up by the St. Regis Hotel.
9

Located in Chicago, Illinois, the Willis Tower (formerly known as the Sears Tower) stands 1,451 feet with 108 stories. Construction of the building was finished in 1973, when it was proclaimed the world’s tallest building. The Willis Tower held this distinction for nearly a quarter of a decade.
8

Zifeng Tower is located in Nanjing, China and was finished in 2008. The building stands 1,480 feet, has 89 stories, and was designed by Adrian Smith. One of the distinguishing characteristics of the building is a stair-step appearance that effectively separates the various sections of the building.
7

Located in Kuala Lumpur, Malaysia, the Petronas Towers is comprised of two skyscrapers that formerly held the title of the tallest buildings in the world from 1998 to 2004. At present, the Towers are still the word’s tallest twin structures with 88 floors measuring 1,483 feet.
6

The International Commerce Centre is located in Hong Kong, China. Standing 1,588 feet high, the Centre has 118 floors. Construction on the building was finished in 2010. Although only the 6th tallest building in the world, the Centre is the tallest in Hong Kong.
5

Located in Shanghai, China, the Shanghai World Financial Center is a towering structure that stands 1,614 feet above the surrounding terrain. It was completed in 2007, and it contains numerous offices, hotels, and observation decks distributed throughout 101 floors. One of its observation decks is the highest of its kind in the world, located 1,555 feet high.
4 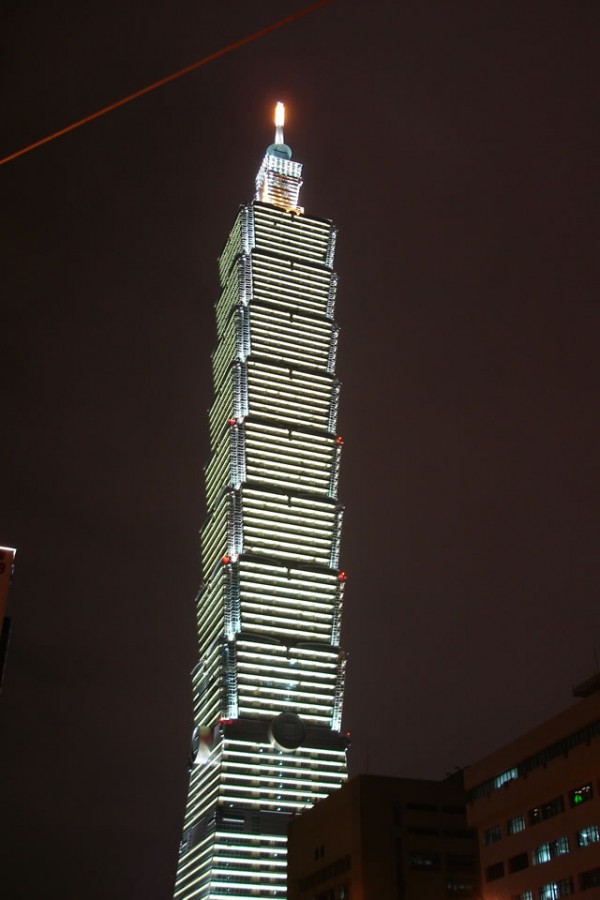 The Taipei, Taiwan based Taipei 101 stands 1,667 feet high. The “101” in the name comes from the building’s 101 stories located above ground. In addition, the building also houses 5 floors located below ground level.
3

Located in Mecca, Saudi Arabia, this fabulous hotel is one of the most recent examples of the country’s push toward modernization. Standing 1,972 feet with 120 floors, the building also has the distinction of housing the largest clock-face in the world.
1

Dubai is no stranger to magnificent structures, but the Burj Khalifa stands apart. With a height of 2,722 feet divided into 163 floors, the Burj Khalifa took more than five years to construct, and was finally completed in 2009.