Politics plays a crucial factor in the running of affairs in nations and the world as whole. Politicians are usually busy people, spending time to strategize on politics and, therefore, seldom feature on the list of wealthiest people in the world. However, there are a number of factors that could give them an advantage over other people and make them extremely wealthy. This article features a list of the top 10 wealthiest politicians in 2013 and how their sources of wealth. 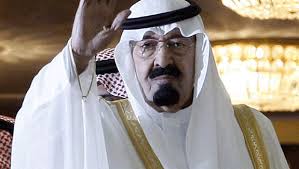 Silvio Berlusconi is one of the most influential politicians in Italy. He is currently serving as a member of parliament and is easily remembered as the most visible Italian Prime Minister. Silvio Berlusconi has gone through a lot of struggles to achieve his as one of the wealthiest politicians in the world. His wealth comes from media investments and he is estimated to be worth $7.8 billion.
9

Serge Dassault is a French political figure and is currently serving in the French Senate. He has massive investments in aviation and his is worth an estimated $8 billion. He therefore takes the 9th position among the richest politicians in the world. He is known for his efforts in contributing towards the search for the cure for pediatric cancer.
8

Zong Qinghou is a Chinese tycoon and politician, and a member of the National People Council. He has businesses in all major parts of the country and his is worth around $10.8, comfortably securing a place in the world’s 10 richest politicians.
7

Savitri Jindal is the second richest female politician in the world after her compatriot Sonia Gandhi. Savitri is a respected personality in India and is a member of the Haryana Legislative Assembly. She has immense investments in steel and her wealthy is currently estimated to be worth $13.2 billion. This puts her in the seventh position of the world’s top 10 richest politicians.
6

Viladmir is one of the most influential political figures in Russia. He has served the country in the capacity of a Prime Minister and a President. He also has a robust economic showing in the country and he is respected for that as well. He has vast interests in oil, gas , and investments. His wealth is estimated to be worth nearly $ 18.4 billion and this puts him among the top 10 richest politicians in the world.
5

Khalifa Bin Zayed Al Nahyan takes the fifth position among the richest politicians in the world 2013. He is one of the most influential and respected personalities in the UAE. He currently holds the position of Amir or president of Abu Dhabi. His wealth comes from vast interests in oil and gas. He is currently estimated to be worth around $19 billion.
4

Soniah Gandhi is the leader of the Indian National Congress, and is widely respected as the king maker in India. She is a member of one of the most important Indian families. She is a very popular person Indian where millions adore her. Sonia Gandhi has interests in real estate, telecommunications and other projects that and she is currently estimated to be worth around $19.2 billion making her the richest female politician in the world.
3

It’s not a surprise that Michael Bloomberg is in the top 3 richest politicians in the world. The New York mayor is regarded as one of the most visible politicians in the whole of the United States. He has an MBA from Harvard University. His wealth comes from the Bloomberg information and financial news company he owns. His wealth is estimated to be more than $19 billion.
2