The Holy City of Madinah is the second most important city to the Islam faith and is located in Saudi Arabia just under 450kms north of Makkah, the most important of the holy cities. It was from Medina that the teachings of Islam were spread to Syria, Persia and Egypt and it was the seat of the first Islam state. Previous to the advent of Islam the city was called Yathrib but was personally renamed by Muhammad himself and so is also sometimes referred to as the City of the Prophet.
As Madina is so rich in history and importance, it attracts a lot of visitors and probably the most popular places to visit in Madina are:
10

Apart from there being plenty of restaurants that serve traditional Arabian food, there are also a large number of Indian and Pakistani restaurants, these added to the sprinkling of good western restaurants in the city. Make it an excellent place to try a wide variety of fare.
9

Although located outside of Madina, needing an early start to visit it, this ancient city complex is one of the most amazing sites in Saudi Arabia and is well worth the trip north through the desert.
8

Probably unexpectedly for this Holy City, Madina is home to some of the best shopping malls in Saudi Arabia, such as the Al-Rashid Mega Mall, Al Hasan Mall and the Al Noor Mall.
7 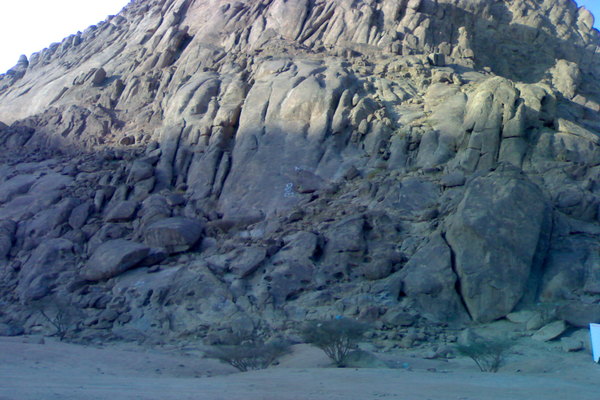 Located 35kms North West of Medina is a valley that is said to have magical powers. In this valley, if you turn the engine off on your car and leave it in neutral, the car will move and continue to accelerate uphill. This may only be an optical illusion but is still an experience not to be missed.
6

This is another way to visit Mada’ in Saleh with the castle located 45m above it in the new town of Al Ula. By visiting along this 400 km trail, will be afforded the opportunity to see, among other things, the old Hadjaz railway with pieces of abandoned locomotives and stations left in ruins.
5

No visit to Madina is complete without experiencing the always crowded old bazaar. Whilst enjoying a completely different shopping experience, you can pick up some traditional Arabian items as well as souvenirs.
4

This stretch to the north of the city and consisting of an area 7kms by 3kms which contain mountains that were, in 625CE, the site of an important battle. Today these hills are home to some perhaps unique, small markets.
3

This is the Mosque of the two directions and is famous as being the only mosque that, although now facing Mecca, still has the architecture from when mosques pointed to Jerusalem.
2

The Mosque of Quba

Although not the original building, this is rebuilt on the same site as the first mosque built by Muhammad after he fled Mecca to Madina.
1

As the burial place of the prophet, this mosque is not only famous for its holy importance but also for its Green Dome, a truly spectacular sight.