Oil is known as the king of the world of energy and has become an essential part of our lives. Oil is used to make everything from plastics to lubricants to black tar and fertilizers. The biggest use of oil is to power and lubricate automobiles and provide fuel for cooking and heating purposes. The oil and gas industry is very rewarding when it comes to profits but is also dangerous, dirty, inefficient for power production, exposed as carcinogen and do not possess the ability to be used again. The world’s need for oil have increased rapidly due to the developing nations and by the continuous use of oil products by the consumers. The world have started taking steps in making the environment green and friendly by using other sources of energy such as Solar panels, windmills, electric cars and nuclear power. The list that follows will provide you with details about ten of the biggest and top oil and gas companies with special reference to their daily production and millions of barrels/day.
10

In 1975, the government of the state acted upon its decision to have complete control over the Kuwait Oil Company. By 1980, it was state-owned and was recognized under the new Kuwait Petroleum Organization (KPO). In 1990, KPO underwent a lot of damage during Iraqi invasion and the Gulf War. Today, the KPO produces 3.2 million barrels/day and continues expanding its production capabilities.
9

In 1984, Standard Oil of California merged with Gulf Oil and they named the company as Chevron Corporation. Chevron became even bigger with the acquisition of Texaco and Atlas Petroleum by 2010. From then it has progressed and has in recent times gained access to the sector being termed as clean energy. It is also making its place in production of geothermal energy. It has a daily oil-gas output of 3.5 million barrels/day, and a total revenue of $220 billion. Chevron is clearly a name to reckon with in the energy sector.
8

In early 20th century, American and British oil companies started developing and refining petroleum in Mexico and later on, the government nationalized the oil industry in 1938. Today Pemex supplies the government of Mexico through approximately one-third of company’s total revenue. The company did go through the bad reputation like allegations of corruption, oil thefts in the hundreds of millions of dollars but Pemex continues to produce 3.6 million barrels/day and gained success.
7

Royal Dutch Shell is one of the largest Oil and Gas Companies in the world. It evolved in 1907 as a result of the merger of two namely, Royal Dutch Petroleum Company and Shell Transport and Trading Company, Britain. Shell has begun to expand and is now involved in the renewable energy sector and in hydrogen technology. The company gives revenue of over $450 billion with a production of 3.9 million barrels/day.
6

British Petroleum’s origins in 1909 and now it gives 4.1 million barrels/day. Over the years the company expanded its operations internationally. Now it operates from Alaska to the Middle East. At one time, the company was known to be second largest among the oil companies of the world. The downfall began after the 2010 Deepwater Horizon spill. As a result, the company lost a lot paying off the legal fees and fines. In North America, most consumers prefer BP when searching for Castrol products.
5

PetroChina is the largest Chinese oil and gas company that produces 4.4 million barrels/day being pretty good overall. It was founded in 1999 and this company has annual revenue of about $325 billion. It has contributed a lot in the worldwide development such as PetroChina is involved in Africa as well as in Australia where it signed a contract for $50 billion for natural gas.
4

In 1911, John D. Rockefeller’s Standard Oil Company split up into two companies known as Jersey Standard and Socony. These two companies have now transformed into Exxon and Mobil. Exxon and Mobil merged in 1999 to create a large oil and gas company knownas ExxonMobil. It produces 5.3 million barrels/day. An annualrevenue of $420 billion makes this oil and gas company one of the largest in the world. However, the company has earneda bad reputation for poor environmental record and received much criticism from environmental and human rights groups.
3 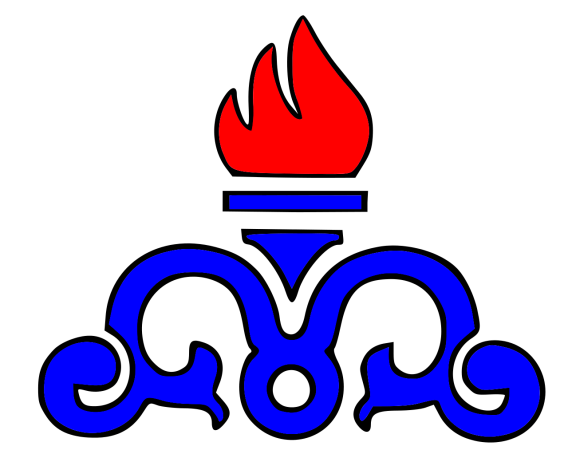 Gazprom is the largest natural gas company in the world, created in 1989 and officially known as Open Joint Stock Company Gazprom. It produces 9.7 million barrels/day and major share of the company is governed by the Russian state, however there is a minor contribution of private sector as well. In 1990s, the Prime Minister of Russia was appointed as the Gazprom’s chairman and thus the company begins to grow significantly. It gives $150 billion annual revenue and gets $40 billion annual profits of the company. It has significant influences, both politically and financially as it is a major supplier of natural gas to Europe.
1

Saudi Aramco produces 12 million plus barrels/day and makes over $1 billion a day in revenue. The company was formed in 1944 as the Arabian-American Oil Company (Aramco). The Saudi Arabian governmentstarted to take greater stake when America began to support Israel in 1970s. By the 1980s, the company was named Saudi Aramco as Saudi Arabia gained complete power of the company. The company is known to work on a big scale as it has got a large infrastructure including its own air service.