Poverty might have it’s literal, figurative or any other meanings, but it can be best described as a state where individuals can not or do not have access to basic necessities of life. These necessities are drawn to a line, which can be recalled as line of poverty or poverty line. Today, there are several nations that in general, fall below the poverty line. Here’s a list of 10 countries of the world that can be defined as one the poorest nations today.

Togo currently has a population of around 6.7 Million people and is the smallest state amongst the African states. Now, most of us know that Africa does not do well with economy, even though with the biggest natural resources for diamonds. Yet, Togo is ranked number 10 on our list of 10 poorest countries. Its economic problems stem from an unstable political system and civil wars imposed on it by neighboring countries.
9 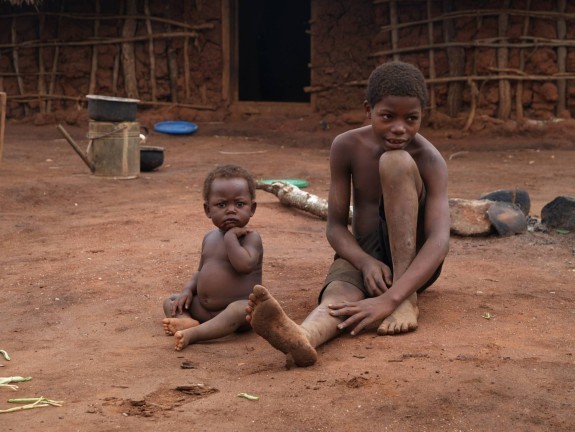 Mostly in news for the political unrest, Malawi is ranked at number 9 on our list of top 10 poorest countries in the world. In recent news, it was said that Malawi’s President had sacked its military chiefs. With such incidents, economy surely is get disturbed. Malawi as well as being one of the poorest nations is also listed as being one of the most dangerous. This country is also considered to have one of the poorest development records. A poor communications system is thought to be one of the reasons for Malawi’s poor economy.
8

Geographically situated in the West of Africa, Sierra Leone is perhaps as high as eighth on the list because it has a gold and diamond industry but unemployment in the country is high. Sierra Leone also has an unfortunate history, as it’s a nation that was formed by liberated slaves and similar class of people. There wasn’t not much skill set available in the community, or even infrastructure for that matter to give a boost to the economy. Therefore, almost 50% of the population does not have access to hygienic drinking water.
7

Officially, known as the State of Eritrea is an Arab state with multi-ethnic groups ranked number 7 on our list of 10 poorest countries of the world. Eritrea is heavy reliant on agriculture. 80% of the country is involved in farming or livestock. Although currently still at 7th, it is already going through major restructuring in many areas, such as education.
6

Central African Republic comes in 6th on our list. Famous for multiple conflicts including tribal, political and others, has one of the most disturbed and weakest of economies. Although the economy of this country is based on agriculture, poor management and dishonesty means that it is reliant on foreign imports. The country is also rife with diseases such as AIDS, yet has poor health facilities. Many times, such issues have been raised in the United Nations to help people of Central African Republic to cope with such problems, but due to miss-management in the governing bodies, no nation is willing to bring forward a helping hand.
5

Another nation on our list with a long history but amongst the most unfortunate ones. Mostly investing much effort in bringing peace to civil war and solving political issues, the establishment or governing bodies have had a little chance to focus on boosting the economy. Burundi is a landlocked country, which does not help its economy. Here one in fifteen people suffer from AIDS or HIV and most children suffer from malnutrition. A weak legal system, bad economic management, corruption and civil war, all contribute to this countries position. This makes Burundi rank at number 5 on our list of 10 most poorest countries.
4

Niger, whose official language is French, is forth on the list. Its dessert terrain and complete lack of infrastructure does not help this countries position. Although we have seen examples of many nations with desert terrains that have improved their economy significantly, including the Gulf States. Probably the main reason for its poverty though, is its unstable political leadership. Discrimination of sexes makes this a particularly hard place for women to live.
3

Liberia comes in third place. The unemployment rate here mirrors the poverty level at 85%. Economic mismanagement finally erupted in to civil war in 1989, a war that has left the country deficient in both school and health facilities. In recent times, the Nation has been badly affected by diseases like HIV, Ebola Virus, Malaria and Tuberculosis. With the lack of health facilities provided to the people, there has been a huge amount of international aid spending on the health side leaving economy in weak position.
2

Zimbabwe comes in second place in the poorest countries list. Although it too has been ravaged by wars, corruption is this countries biggest enemy. It does possess natural resources but because the corruption is so high, no foreign investors will finance the mining.
1

Democratic Republic of Congo is said to be the 2nd largest nation by size in Central Africa and is now considered to be the poorest country in the world. Ravaged by wars and corruption after WW11, finally the shortage of oil in the 1990’s saw the last hope of any economy of worth in this country. Formerly known as Zaire, it receives almost no visitors and id also considered as being one of the world’s most dangerous countries.