Among the things that bind people from around the world is fashion. Fashion gives people a chance to show their individuality and give them a sense of belonging. Women’s fashion is inspired by world best dress designers whose designs and creations have become largely accepted across the world.When it comes to fashion and design, people have different tastes.
Currently, the best fashion dress designer in the world is Yves Saint Laurent. World best designers are adored by women all over the worldbecause they possess a proven track record for their incredible talents. Fashion designers often show case their art work in exhibition and fashion fares giving the public a chance to view their magnificent creations. Below is a list of top 10 best dress designers in the world in 2013. 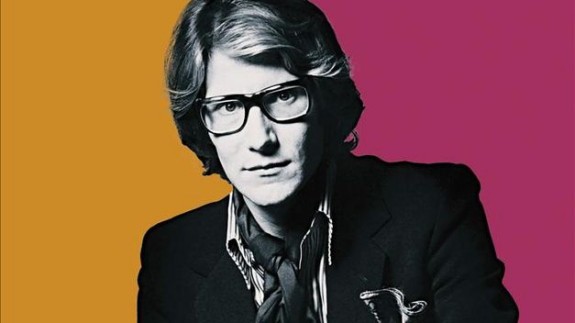 She is an American fashion designer famous for her feminine and glamorous line designs and aggrandizements. Her fashion house comprises a collection of dresses, scarves, hats and jewellery. The dresses range from short cocktail to strapless dresses for different occasions. She is known for creating flirty and feminine clothing that suit the fashion conscious woman of today.

Known for his famous brand Louis Vuitton, Marc Jacob is one of the popular American fashion designers of all time. His other famous brand is Marc by Marc Jacobs which features mixed print dresses that show off an art-inspired edge to the feminine silhouette. His dresses are classic and can be worn by women who need to make a fashion statement.

He remains a legendary fashion designer for inventing the first polo style logo for the women’s suits which was designed around the Men’s classic style. Some of his collections include cashmere dresses; wool dresses cotton dresses as well as other varieties for fall and winter.

After the murder of her brother Gianni Versace,Donatella took over and has taken the Versace label different heights. The Versace shops supply their products to fashion shops in different corners of the world. Top ranking celebrities like Madonna and Jennifer Lopez have endorsed the Versace collections of dresses, accessories and fragrances.

A Frenchman who was born in Italy set the pace for fashion designers with his 20th century pieces that looked as though they were from the 25th century. His collections have a sense of futurism which fashion lovers associate with. His bubble dresses combined earthly elegance and science fiction. Cardin is credited for his clothes that express a sense of freedom much to the delight of women.

Born in 1942 in New York, Klein began the journey to fashion with a simple coat shop and has risen to a worldwide fashion designer. Armed with knowledge in art and ambition, he appeared on Vogue magazine in 1968 with his collections. He has made a statement in the women’s collection with his lingerie, classic blazers and dresses for women in the world.

Chanelrepresentsevery woman’s dream. With the invention of the little black dress and suits for women, Chanel has continued to inspire the dressing sense of women in the world. Her timeless design the “little black dress” is still in and turning heads long after its invention.

Dior is the real deal in the fashion world. His work is a celebration of art, culture and fashion. Creating the shapes and silhouettes was his specialty and his creations were bent on being more voluptuous than being in line with the then style of being boxy.

He is famous for mixing what he has to create a timeless piece to the admiration of all. His brand expresses class and is in every sense legendary. His collections have been known to be worn by fashion savvy women all over the globe.

Yves Saint Laurent first stepped into the fashion world after taking part in a fashion contest. His trapeze dress became a trend and out of it he became a legend. His designs include the beatnik look and safari jackets.Women with a high fashion sense appreciate his work and wear his outfits.